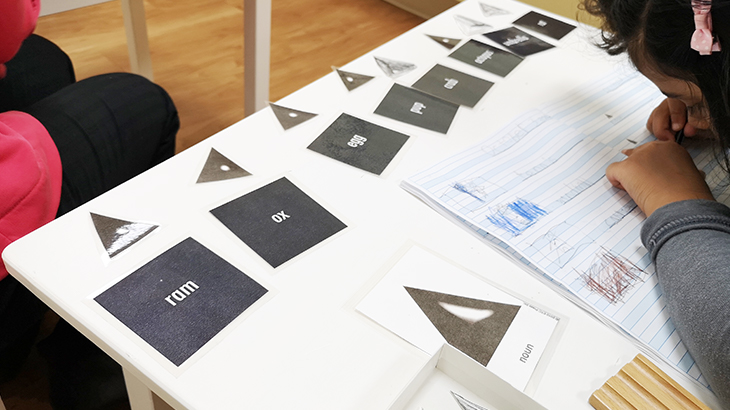 All parents share a primary goal: we want our children to be successful and lead fulfilling lives. As a society we have a very precise definition of what success looks like: Successful people are smart, attractive, friendly, strong, and creative. Since we want our children to be successful, we are inclined to attribute these desirable attributes to them in the form of labels. However, labels can be detrimental to both your child’s success and their self-esteem.

The 1970s marked a turning point for parenting in North America. Parents began to become more concerned about their children’s self-esteem. As a response to that anxiety parents began to teach their children how to feel good about themselves and encourage them to see the infinite number of ways they could lead successful lives.

Though the goals of this shift were admirable this practice resulted in parents working to assign their children positive labels and encouraging them to live up to them.

Good self-esteem is an important part of any child’s development, but it needs to be built up in a way that is intentional and approaches children as a whole being.

How Labels are Problematic

When children are given labels, either positive or negative, they begin to define themselves based on that label. Most children who have been given labels will work hard to live up to those labels and make sure their efforts are noticed. To avoid losing labels children may shy away from activities and situations that challenge that label.

For example, the class “bad boy” is likely going to be the last child to volunteer for a school improvement activity, even if the activity is something that interests him. That is because doing so could compromise his social niche at school, which is a scary thought for a child.

Similar situations can arise when we give children problematic labels. As a society, we place a lot of emphasis on physical beauty, especially for girls. Girls who are told they are “pretty” or “beautiful” probably are, but they also begin to believe that being “pretty” is incredibly important to their identities and self-worth. This label can become so all-consuming that girls may shy away from any activity or situation that could make them look unattractive such as not wearing makeup, eating in front of boys, or participating in sports. Though these girls may, in fact, be attractive they become paralyzed by their need to maintain this constant perception of flawless beauty and that need can cause them to struggle in other areas of their lives.

Another label that can hurt a child’s long-term success is the “smart” label. We all want our children to be smart, and all kids are. Children are inquisitive and creative by nature, and their ability to absorb the knowledge around them. Unfortunately, since their critical thinking skills are not yet fully developed they often accept the information, we offer to them as truth and do not question it.

The two groups were then given a much harder puzzle to solve. The majority of the children in the “smart” group refused to even attempt to solve the puzzle, while the group whose hard work was emphasized attacked the problem with gusto.

The study concluded that the “smart” label appeared to cause the children to be afraid and that if they were unable to solve the difficult puzzle the researchers, their parents, and their peers might not think they were smart anymore. If the children attempted to solve the puzzle and failed, they could compromise their “smart” labels, so it was safer to simply not try at all.

We all want our children to be happy, well-rounded, and successful members of society. However, as parents, it isn’t our job to box our children in with labels, but instead to let them know that we believe in them and let them define themselves and their place in the world. Like any parent I want my daughter to face the world with enthusiasm, and I hope she never stops herself from trying something new because she is afraid of how it will alter someone else’s definition of who she is.

As parents and as members of society we need to work together to emphasize hard work, good choices, and respect for ourselves, others and the environment over labels like “pretty” or “smart.” By doing that we can rest assured that our children will be the creators of their own destinies and craft their identities using genuine self-esteem.

“The word education must not be understood in the sense of taching, but of assisting the psychological development of the child.” – Dr. Maria Montessori